We Made a Movie Part 6: A Rich and Rewarding Experience

Richard Speight, Jr. first wrote us back about the script on his birthday. Or maybe a holiday? I forget. Does his birthday FALL on a holiday? I just remember seeing him tagged in a bunch of posts and finding it surprising that that was the day that he got back to us. Glenn thought it was very encouraging that he took the time to touch base with us on what could have been a day off. I felt my stomach shrink with dread. If you ever have trouble discerning which of us is the positive one, may you always refer back to that sentence: someone made a nice gesture on a day that they could have put us off and my response was one of fear. Partially because it meant all the additional expense mentioned in the second blog of this series and partially because I DIDN'T KNOW HIM. We'd met before and he'd been nothing but nice, but it's easy to be pleasant to a stranger for a few hours of a busy weekend. I've been on sets with people who didn't want to be there. It's awful and you can't call anyone out on anything because it will make things awkward and slow things down. Most of the movie would be me and him. If he was a dicksmack I would be ready to light my car on fire by the end of the shoot. 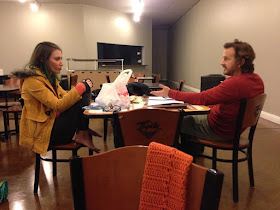 However during all the pre-shoot conversations and negotiations he remained nice, up-front and pleasant. My stomach churning intensified. If he was a really good guy and we cocked up and made him mad I'd feel extra terrible about it. He was taking time away from his family and blocking out his schedule from more lucrative gigs (whatever they were, trust me, they were more lucrative). And I've heard horror stories about some name actors do smaller projects who wouldn't learn their lines in advance or who showed up drunk or treated the crew badly. Here again, he was an unknown quantity. 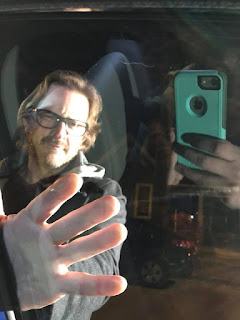 I shouldn't have worried.

Rich is a dream to work with. Maybe not every writer/producer/director's dream, but definitely for this one (more on that later). He showed up with his lines if not down pat, pretty close and with a few run throughs he was always ready. He cheerfully complained about the cold weather, but never pulled a "get me into some heat or I walk". He was a complete sweetheart to the crew and the supporting cast and he was a real treat to get to act off of. 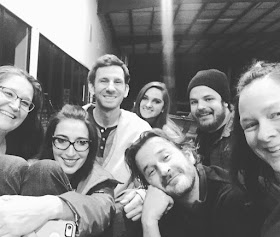 You should use actors who are also content creators. I don't say that to disparage people who only want to act, you're just essentially getting a two for one deal if you get someone who also makes things. I know that a lot of people want an actor to show up, do their lines and take direction, but that isn't necessarily what Rich did. He showed up with questions. In his copy of the script (which I now own) the margins are full of notes (some of which look suspiciously like criticisms, the ass. (jk)). I hesitate to say that we ever fought or even argued, even disagreements seems to strong for what it was. He spoke up if he had concerns about a scene, or the phrasing of certain sentences, or his blocking. And that is SUCH a useful tool for a writer or a director. You either have to be able to justify your decisions or you have to rethink them to come up with something stronger. 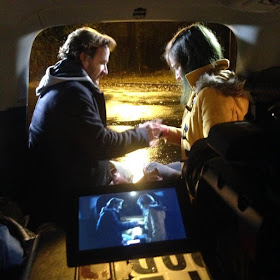 Working with him in scenes is excellent. One of the most pure, satisfying experiences I've had as a film actor. I don't know if people who are fans of Gabriel from Supernatural are going to like Roger, but you should definitely pay attention to him. He was born to play that role. Maybe somebody else could have done it, but nobody else should have. He got where he was coming from. He cared about what Roger was doing. And he's very present as a scene partner. He gives the scene his all when the camera is on him and then when it switches sides and gets my half of the scene... he still throws himself into it so that our energy can build together. Being a good scene partner is such a huge part of being a good actor, and it is easily overlooked. 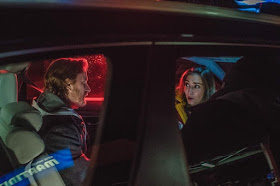 It is my hope that Driven takes off and finds a wide audience, that there is some kind of financial payoff and that audiences enjoy it. But I also hope that they watch it and recognize how many balls he was keeping in the air at any given scene and the work and effort that he put into it.

It was a pleasure. 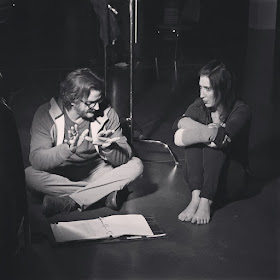 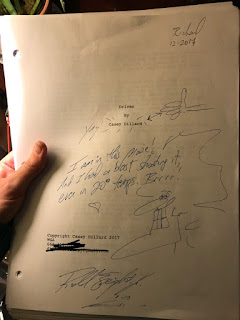